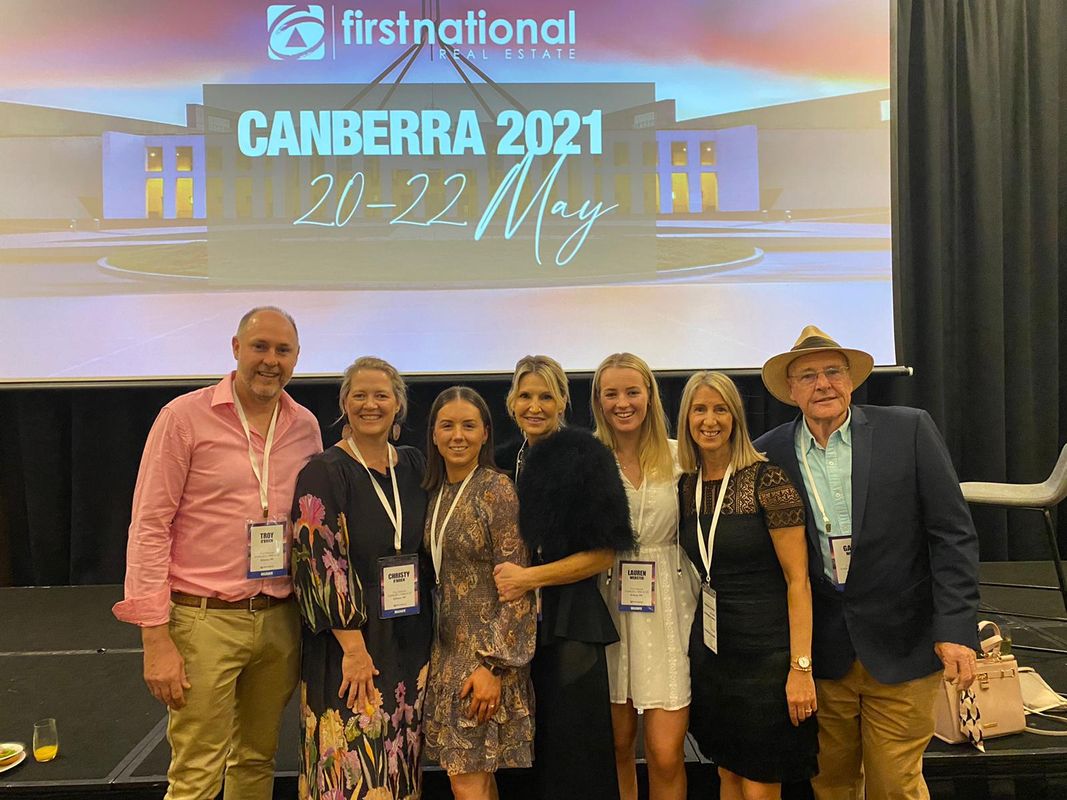 Seven of our Charles L King and Co (CLK) First National team recently attended the annual First National Convention for offices across Australia and New Zealand and came away with the latest in real estate trends and knowledge and recognition at a national level.

At the convention’s General Excellence and Marketing awards, held at Canberra’s Parliament House our team was recognised with the following awards:

It was a thrill to be recognised at a national level and we congratulate our CLK team for its hard work and optimism over the past 12 months, which have been particularly challenging for many. Coping with COVID-19 was a hot topic at the convention with First National CEO Ray Ellis congratulating the entire First National group for working through this challenging time with
persistence and optimism.

A ‘can do’ attitude was something Ellis praised First National members for adopting over the past 12 months, which has ensured real estate remains in the top performing industries across the country. First National Chairman David Lovell said he was proud to have witnessed not only the extraordinary efforts made last year by individuals, but also the way principals throughout the
country reached across borders to support each other during the most trying COVID restrictions.

“We truly have a uniquely supportive culture at First National and this is what enables people to be their best,’ he said.

During the three-day convention in Canberra our CLK team was able to network with more than 500 other First National sales, property management, administration, and support staff from
across Australia and New Zealand and share new ideas and challenges within the industry.

CLK reception and admin support team member Lauren Webster said she cherished the opportunity to talk with other First National members doing a similar role but approaching it in a different way. “It was great to talk with people and how they work through different operating systems and how to cope with challenges within the industry,” Lauren said.

The convention offered our team speaking events and workshops led by the best in the business and covered the latest real estate intel in marketing, sales, administration, customer service,
problem solving, research and technology. A Google research expert even shared his knowledge on artificial intelligence and the significant role it plays in the real estate industry.

CLK Director Troy O’Brien said it was the first time First National members from the across the country had gathered in two years and the team loved the opportunity to see the nation’s capital and become inspired and motivated to always look for improvements in the way we do things here at CLK.

Want the latest real estate news delivered to your inbox?

WHAT'S MY HOME WORTH?
Prev Article Next Article